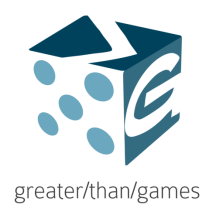 In our thirty-fifth episode, Quinten and Aaron are joined by Christopher Badell of Greater Than Games. We have an impromptu Survival Kit segment about Watch it Played and their current Indiegogo campaign. We talk about the games we have been playing lately, including a special Dawn of the FunDead for the Spirit Island Kickstarter starting this week from Greater Than Games. We don’t do a formal review this episode, but interview Christopher, asking him about his Origin Story, his designing and publishing background, GTG’s newest game Spirit Island, the upcoming Sentinels Comics RPG, and we had a ton of listener questions. Then Christopher went head to head with Aaron in the amazing game, Know Your Neighbour to the North/South.

This episode is sponsored by Tasty Minstrel Games & Quiche Games

August Contest Results and a Tale of Sadness – 49:39